Alice recently shared that she was having lunch with three colleagues when, all of a sudden, she experienced a Tornado warning. One of her colleagues started complaining about someone who wasn’t there. She could feel an air of discomfort settle over the gathering as the two other colleagues added fuel to the fire. What had been an enjoyable break from work, began to feel like a trap. The trust and safety she had previously felt with this group was quickly being damaged. She could feel herself being pulled into something she didn’t want to experience. 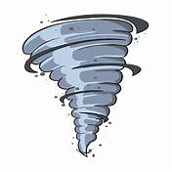 Now what? It’s decision time. If Alice continues to listen or contributes negativity to the conversation, she will be putting up a sign that says:

In that case, she’s likely to experience another Tornado showing up in future gatherings with these colleagues.

However, Alice has another choice. She could put up a sign that says:

The decision she finally makes will depend on one thing…courage. It takes courage to confront a Tornado.

That would take courage.

Like Alice, we have the power of choice. How do you want to respond the next time you experience a Tornado warning?

From our Top 20 team…Kevin Brennan, Willow Sweeney, and Tom Cody…who encourage me to put up a ‘No Dumping’ sign.