Last week I suggested that by becoming a team we can make our dreams possible. However, not everyone has developed the mindset or skills to function as a team. What will help us be a better team? Let’s consider two components of a team mindset…one that will be easy to accept and one not so much.

Valuing differences: A team will be better if it is comprised of members who bring different talents and skills, different ideas and experiences. For example, a basketball team is better if it 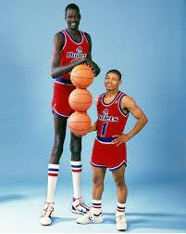 is made up of shorter, quick guards who are adept at dribbling through the defense and taller guys who can rebound and block shots. They both share a common purpose, but contribute in different ways to achieving that goal. Having a team mindset values the uniqueness and differences that each team member brings. If everyone has to be the same, we are a weaker team.

Valuing opponents: We need to see opponents differently if we are to become a better team. In fact, I want to suggest that opponents are our team members. Because they provide an obstacle or roadblock, they challenge us and provide an opportunity for us to become better.

Arm wrestling is a good example of this. By trying to overcome the other opponent, each arm wrestler is providing her strength to strengthen the other woman. 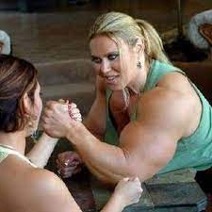 In a basketball game, the winning team is providing the losing team an opportunity and feedback on ways in which it needs to become better.

Check in on your team’s mindset:

From our team…Willow, Kevin, and Tom…who value differences and challenges.