Did you know that today is Pluto’s birthday? Yep, Pluto is three-years-old. 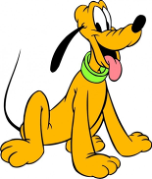 I know that because my 4 ½ year old grandson Michael, who takes a stuffed Pluto to bed with him each night, sent a text message to me this morning of him singing Happy Birthday to Pluto. He then told me that Pluto is three-years-old. There’s something beautiful in the innocence of a child’s imagination.

However, if Michael’s imagination is still informing him of Pluto’s age when my grandson is 30-years old, someone needs to say to him, “It just ain’t so, Michael.”

Being 70 years older than my grandson, my imagination sometimes tells me things that ‘just ain’t so’. Unfortunately, I think they are. These things are just as real and true to me as Pluto being three-years old is to Michael. Like what?

·      Like my way of doing something as Director of Top 20 Training is certainly better than what my colleagues think, so it’s no use listening to them.

·      Like if that is what happened last time, it will certainly happen again this time.

That kind of innocence at age 70 is not a beautiful thing. Without someone saying, “It just ain’t so, Paul,” I’m not operating any more effectively than when I was 4 ½ years old.

“What gets us into trouble is not what we don’t know.

It’s what we know for sure that just ain’t so.”

If you are like me, it’s so much easier to see what ‘just ain’t so’ in someone else’s thoughts and beliefs than it is in my own. Knowing that, we need to do two things:

1. We need to seek out some folks who will help us realize what ‘just ain’t so’ in our head.

2. We need to help others realize what they are carrying around in their head that ‘just ain’t so’.

Hoping you have opportunities to enjoy the innocence of a child’s imagination while benefiting from the wisdom of your own.

From a few who bark warnings to me…Kevin Brennan, Willow Sweeney, and Tom Cody…when I’m believing something that ‘just ain’t so’.