In our quest to identify what makes incredible things possible, we have focused on commitment and love…remembering to be good to each other. A third essential condition for making what’s possible possible is differences.

Sameness gets us just so far; valuing differences gets us to the mountaintop.

Once upon a time, a young man, who lived in a town on the prairie had an urge to travel and explore the world. He had heard stories of places far from his home town and invited three friends, who had also grown up on the prairie, to head off to these unknown places. Together they journeyed quickly through their familiar prairie until they came to a wide and roaring river.

Anxious about the whitecaps and fearing the danger of crossing on the slippery rocks, they decided to return to their home on the prairie.

Still filled with wanderlust, the young man consulted with the town elder. The elder advised him that if he wanted to go far he would need to travel with people who are different. Taking the elder’s advice, the young man invited Mark, who had grown up on the river, Rosa, who had lived in the forest, and Martin, who had recently arrived from a mountain village.

Because his three partners weren’t familiar with the prairie, the journey across the prairie took longer than his trip with his life-long buddies. However, once they arrived at the river, Mark was able to guide the group to a calmer and shallower place upstream. 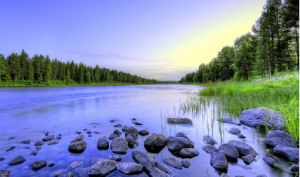 Upon crossing the river, the group found themselves deep in a forest where Rosa became the leader. Without her familiarity with the forest, the group likely would have just traveled in circles and gone nowhere. Furthermore, Rosa knew which mushrooms they could eat and which were poisonous. 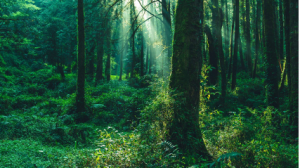 Soon the group came to a clearing that provided them with a new challenge. If left with only what they knew, Mark, Rosa, and the young man would have been stymied. However, Martin understood well how to traverse the rocks and slopes ahead. 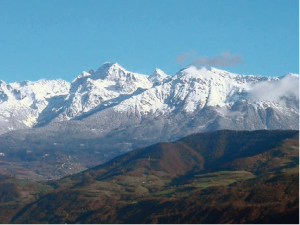 Together, this group with differences accomplished far more than the group with sameness.

This story exemplifies the wisdom of an African Proverb:

If you want to go fast, go alone.

If you want to go far, go together.

When we work or travel alone, we don’t have to wait for anyone or get their approval. But the question is how far can we go in life if we go alone or with only those who are like us? Going far requires the strengths, support, and differences of others. They let us know when we are going in the wrong direction, lift us up when we fail, encourage us when we lose hope, and carry us when we get tired.

that allow us to make what is possible possible.

From Kevin Brennan, Willow Sweeney, and Tom Cody, who have gotten Top 20 to an incredible place by each bringing something different to our team.