Wellness Wednesday: August 18, 2021 – HOPE AND THE RIGHT CONDITIONS: ‘YOU MATTER’

This is the second of four weeks that we are focusing on the conditions that foster hope…the belief that something incredible is possible. Last week we identified helping others succeed as one action that activates hope. Let’s consider another.

As I knelt by my locker before my first hour class, I was overcome with feelings of uncertainty, self-doubt and loneliness. Would I make friends at this school? Would I succeed in my classes? Would I make the basketball team? Looking up I saw another freshman putting things in his locker. Jody Koehler and I had played basketball against each other during the last two years of middle school. After greeting each other, Jody said that he thought we were in first hour class together. Then he said those five most important words: “I’ll save you a seat.” 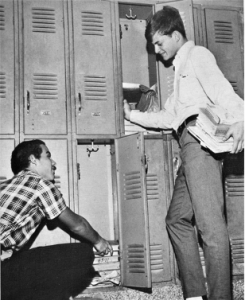 What made these words so important and why do I remember them sixty years later? In that moment in which I felt so vulnerable, Jody’s five words were communicating to me, “You matter.” Although my nervousness and anxiety lingered for a bit, Jody’s five words began to transform my first day of high school into a day of hope…a day of believing that something incredible was possible.

I can trace the hope, optimism and confidence that abide in me to Jody’s five words and countless other moments in my life when people have communicated to me ‘You matter’. The human spirit flourishes when it is rooted in a relationship or culture in which ‘You matter’ is communicated.

Jody and I live in different states, but sixty years later I receive frequent phone calls from him just checking in to see how I am doing. Although he has never actually said the specific words ‘You matter’ to me, everything he has done in our relationship has nurtured my hope. 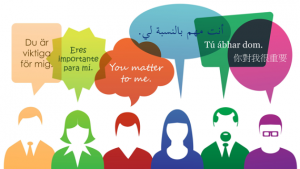 We can communicate ‘You matter’ in countless ways. Some of these include:

To whom do you want to communicate ‘You matter’ and how will you do that? Each time we do so, we plant seeds of hope.

From our Top 20 team…Kevin Brennan and Tom Cody…who want to communicate ‘You matter’ to our dear partner Willow on her recent birthday.